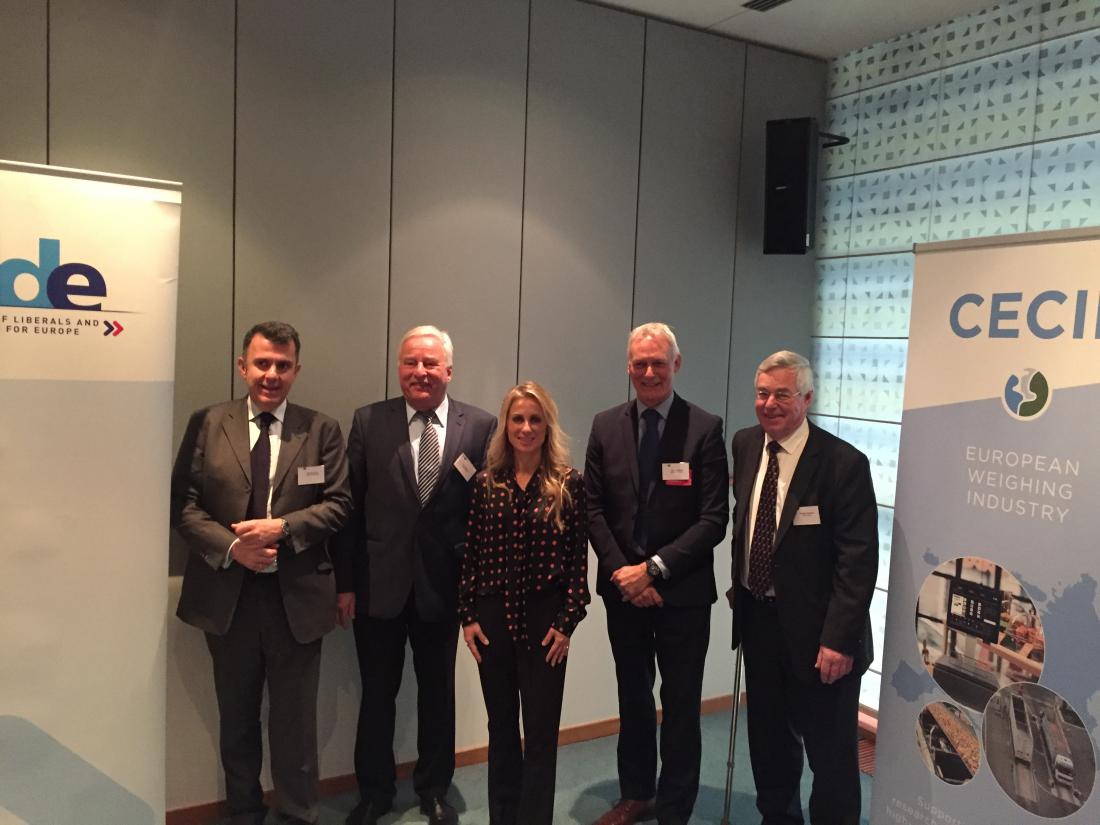 Brussels, 21 November 2018 - CECIP, the European weighing industry association, called for strengthening of the EU single market during a breakfast organised in the European Parliament that was hosted by Czech MEP Dita Charanzová (ALDE).

MEP Dita Charanzová also opened the breakfast. She supported a strong EU market saying:” The EU single market is important for all sectors. A common market must support the four freedoms, including for services. But as with all legislation, the devil is in the details, and the devil is how we interpret rules and regulations. We need the Commission to ensure existing harmonised standards are respected by national authorities and that the principle of mutual recognition is further extended to services. This means greater market surveillance and renewed offers to reduce national barriers by the Commission.”

Mr Stefano Soro, Head of the Biotechnology and Food Supply Chain Unit of European Commission´s DG GROW, responded stressing the importance of legal metrology and the European Single Market stating: “Legal metrology is an important aspect of European legislation as it is vital to protect consumers and businesses buying weighed products. Having this legislation harmonised at EU level ensures a high level of protection while providing opportunities for manufacturers to benefit from the EU single market.”

Another aspect presented was the need for consistent interpretations of legislation across the whole of the EU. For the weighing industry it is important that the EU legislation is interpreted in a similar manner in all Member States. Different interpretations require manufacturers to make design changes to weighing instruments for one specific market. This increases costs and results in unfair competition. CECIP calls on Member States to coordinate via organisations such as WELMEC (Organisation on European Cooperation in Legal Metrology Cooperation) and NoBoMet (European platform of Notified Bodies working in legal Metrology) to enable clear and fast decisions to be arrived at where differences in interpretations exist.

Overall, the European weighing industry stressed during the breakfast that strengthening the EU single market via various initiatives will have significant positive effects on competitiveness and consumer protection. CECIP hopes these initiatives can be supported by the European Commission, European Parliament and Member States.